In Melinda's own words: "I couldn’t have survived without Allah. I converted to Islam when I married an Algerian man nineteen years ago. Over time, he became violent, beating me often. I was hospitalized with head trauma after a severe beating. I’ve had health problems ever since. I was insulted in the streets for wearing a hijab. I couldn’t wear it at work. Boys at school insulted my daughter, calling her an Arab and a Gypsy. She was hospitalized with a broken nose and head injuries after being beaten by five boys. Neither the school nor the police helped us. I decided to leave Hungary with my children. Soon I find out if my refugee claim has been accepted. I’m afraid, but at least for two years we have experienced peace."

Montreal, 2014. Photo by Darren Ell in collaboration with Philippe Montbazet. 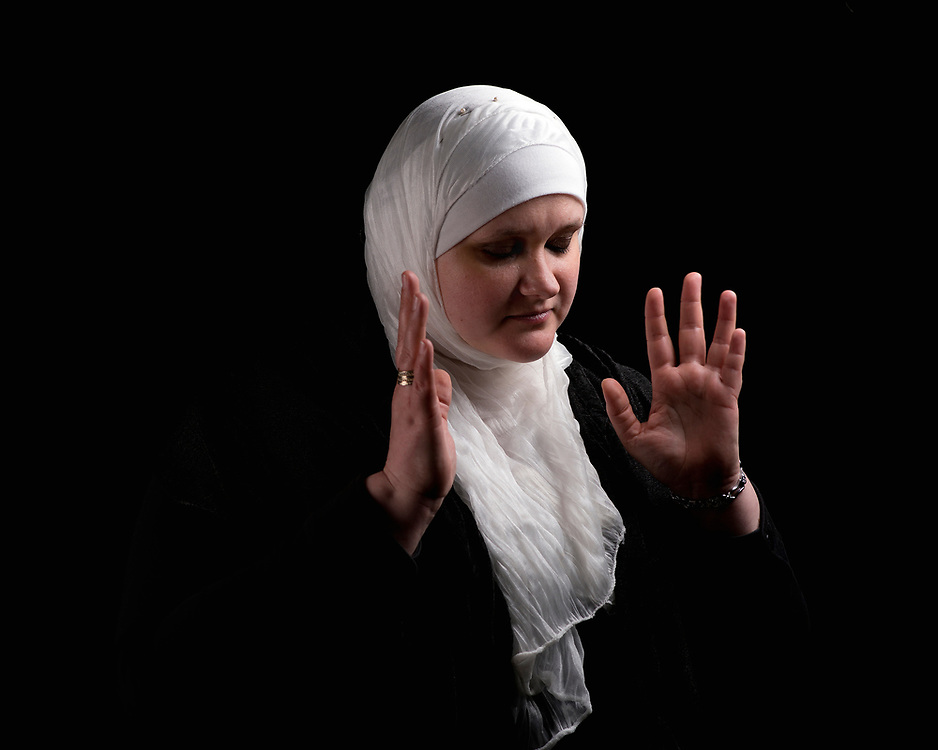