November 22, 2019 - Brooks County, Texas : The body of a migrant photographed by the Brooks County Sheriff's Office in November, 2019. According to officers on the scene, the woman was traveling in the brush to try to circumvent the Falfurrias Border Patrol Checkpoint. Her brother reported that she had collapsed and was not breathing. He performed CPR and was able to bring her back. He carried her until he could no longer do so and called the Sheriff's office when he realized she had died. The woman's body was the 43rd found in Brooks County in 2019. Records in the Sheriff's Office dating back to 2009 reveal that, on average, human remains of migrants are found once a week in the county, a region of punishing disorienting landscapes where migrants get lost and die either from dehydration, exhaustion, snakebites or other tragic mishaps. 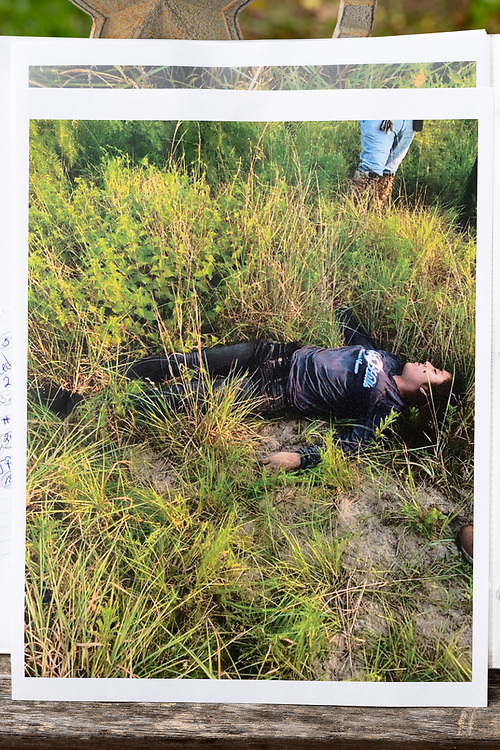